When I receive the Creality Ender 3, I opened the box with great pleasure, everything included in the box, if you don’t know how to install, how to use, don’t worry, there is one manual to show the steps clearly.

We can use both tools sharp and scraper which in the box to make our install work more easily and more quickly.

Micro SD card including the reader bag, service screws, and filament that will last 1/3 the print, power supply, and the cable 24 volts 15 amps, LCD screen for going through the menu parts, even more parts though a good-looking part and lastly the rest of the printer.

Fun fact I have always been reluctant to timing belt’s and how you get them the place, because it’s such a clear indication to how long time they have thought about designing, so they have a clamp at the end of the timing belts, you go through the loop and then you just put a lamp in a small tab and that’s it and that’s how you attach the timing belts great design, the good stuff that was one and a half hours-moving, the camera around you could probably have this done within an hour which really isn’t that bad just gonna plug in the wires. 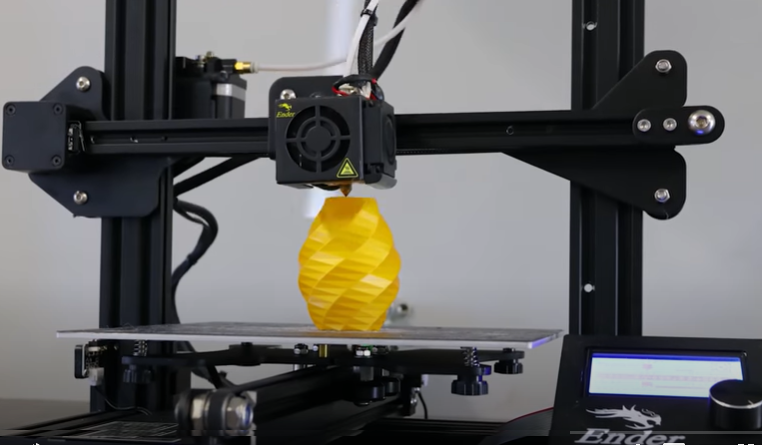 We’ll be ready to do some test prints by using this Creality Ender 3, I will make sure to let you know more information about Creality Ender 3 3D printer in this article, below I’ll make sure to post a sense that I’ve used for this printer hopefully giving you a head start if you are looking for more knowledge about this 3d printer, here is the right place you get in.
Pretty small materials for us to test for the first time, but nonetheless it’s a buffet print to show us how fine our printing quality. Can we expect how high of a printing speed can we print and what filaments can be printed?
So let’s test the printing quality and the printing speed with the most commonly used filament material: PLA. After printing, please look at our good printed product, this is a mechanical player that uses a line ear gear to move circular gears that are attached to gripping arms that open and close, beautiful design, and the mind-blowing part is that Creality Ender 3 3D printer prints as just one part, so Creality Ender 3 indicates those tight tolerances that have to be printed and Creality Ender 3 did a fantastic job printed.

At a much finer point one-millimeter layer height, the level of detail is just breathtaking, Creality Ender 3 makes everything take way longer to print, but Creality Ender 3 almost makes the layer lines completely invisible for the naked eye. 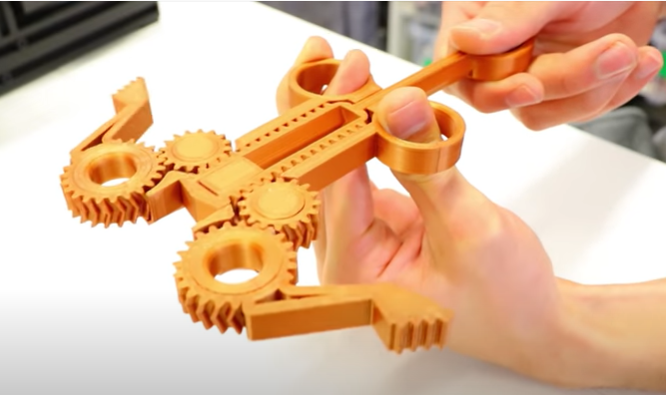